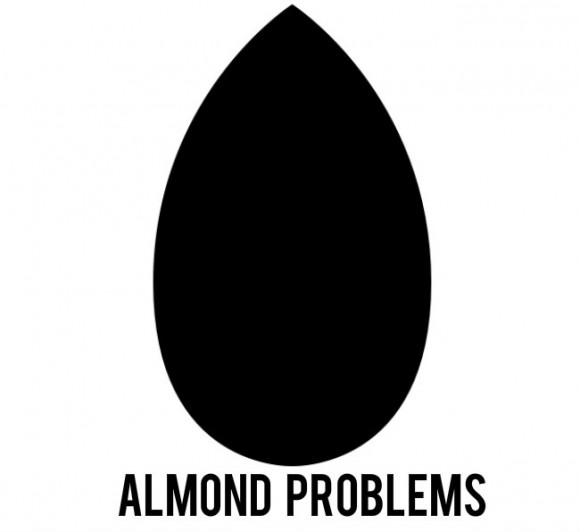 Fear of almonds? Trying to cope with the ethical dilemma of California almond consumption? We are here to offer some clarity and an alternative: Romana Almonds from Noto, Sicily.

Everyone seems to be weighing in on California Almonds and water use. Our favorite contributions on the subject come from Mark Bittman and Nancy Harmon Jenkins. The latest buzz stoking America’s almond moral panic is The Almond Board of California‘s launch of a multi-million dollar research project examining farming practices. Wow!

The REAL issue with CA Almonds, as Nancy Harmon Jenkins puts it, is that the cost doesn’t “reflect its true cost to the environment.” If you want ethical almonds you have to be willing to pay for them. BAM. Or, to seize an opportunity to use a favorite Michael Pollan quote, “the choice is simple: you can buy honestly priced food or you can buy irresponsibly priced food.”

Our piece of advice for The Almond Board? Kick off the research project with a trip to Noto, Sicily where our farmers have had it figured out for centuries. The Romana Almonds grown by our farmers in Noto need no irrigation. Yes, you read that correctly. The farmers who cultivate our almonds do not irrigate their almond trees.

Romana Almonds from Noto are the perfect example of what Bittman means when he says, “more expensive food is more rationally priced food.” Our almonds cost much more than anything you will find in a grocery store. They are also much more delicious. Really. Not only has their taste been documented by Gambero Rosso as more flavorful than CA Almonds but they also have “una quantità di polifenoli tre volte superiore a quelle californiane” (a quantity of polyphenols three times more than that of CA Almonds).

Bene. Now, let’s cut to the chase. The question you must all be asking yourselves: how is it possible that Gustiamo’s almonds require no irrigation? The answer lies in a remarkable combination of the right natural climate, smart farming, and fair trade. Thanks to Noto’s specific microclimate, the winter season brings ample rain that sufficiently hydrates the almond trees. Our friends at the epic Caffe’ Sicilia in Noto, the Assenza Brothers, have told us many times that The Romana Almond trees in Noto require just “100 cubic meters of water per hectare as opposed to as much as 10,000 cubic meters of water per hectare in more industrial productions.” As the Production Regulations for the Noto Almond Slow Food Presidium state, “l’irrigazione non è pratica diffusa negli impianti tradizionali” (irrigation is not a widespread practice in traditional cultivation). Lastly, avoiding irrigation is possible in part thanks to purveyors like us, our small-scale farmers in Noto are paid the right amount to produce in a sustainable way.

The result of growing almonds like this is modest in quantity but roaring in quality. Have you ever tasted our almonds? The only way to describe them is as erupting with almondy flavor marked by the fact that every so often you will come across an elusive bitter almond, a very special Sicilian Romana Almond phenomenon.

The environment is respected, the yield is humble (we are known to sell out), the price is expensive, and the flavor is outrageous. The story of all good food.

(almond icon artwork by OliM of The Noun Project)