The world is catching on to Panettone. Once a niche Christmas dessert renowned more for its flashy packaging than its gustatory qualities, panettone is now a holiday foodie must-have. The reason behind such a meteoric rise? The answer is easy. panettone, properly made, is magically delicious.

With more pasticceri, more varieties, and more competitions than ever before, we’re perhaps on the cusp of a new Golden Age of panettone. But as Julia Moskin puts it in her piece for the New York Times, the rules of the game are yet to be set: Who Controls Panettone? The Gold Rush is On.

Panettone has leaped into the gastronomic zeitgeist, but it’s still very much the wild west. For starters, there’s no agreement on its precise definition.

“[There’s] no distinction between wild yeasts and cultivated ones, between organic and bleached flour, between fruits candied with sugar and with glucose – distinctions that have become increasingly important to bakers and consumers.”

Our panettone extraordinaire, master pastry chef Luigi Biasetto, is trying to change that. To use Moskin’s own words,

“Luigi Biasetto, a top baker in Padua, is leading an effort to have panettone declared part of the world’s “intangible cultural heritage” by UNESCO, as Neapolitan pizza was in 2017.”

This kind of recognition not only elevates the product itself, but also those who make it and consume it. It recognizes the ritual of Panettone from start to finish. From feeding the mother yeast that will give it its distinctive texture and aroma, to slicing the final loaf at the holiday table. 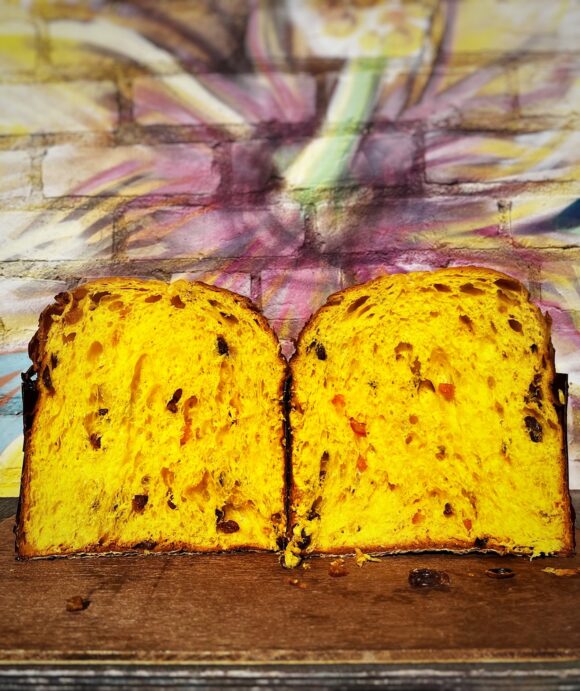 The Most Challenging Pastry

Alongside its elegant cousin, Pandoro, perfect panettone is one of the most difficult pastries to achieve. It takes years to master the process. This high skill barrier helps explain the proliferation of Panettone competitions in recent years, both in Italy and abroad.

In the WSJ: Hate Anchovies? You’re Using Them Incorrectly