Made by our sage beekeeper Luigi Manias in Sardegna, this is an unconventional honey. Corbezzolo is a Mediterranean wild strawberry tree that is rich in arbutin, a naturally occurring substance that gives Corbezzolo Honey a distinct bitterness.
That’s right, this honey is bitter.

Corbezzolo trees bloom for three months a year, between fall and winter. That’s the season when Sardegna is swept by the fiercest mistral winds. Bees collecting Corbezzolo pollen face the particular challenge of standing this powerful wind’s force while foraging in the Sarda countryside. 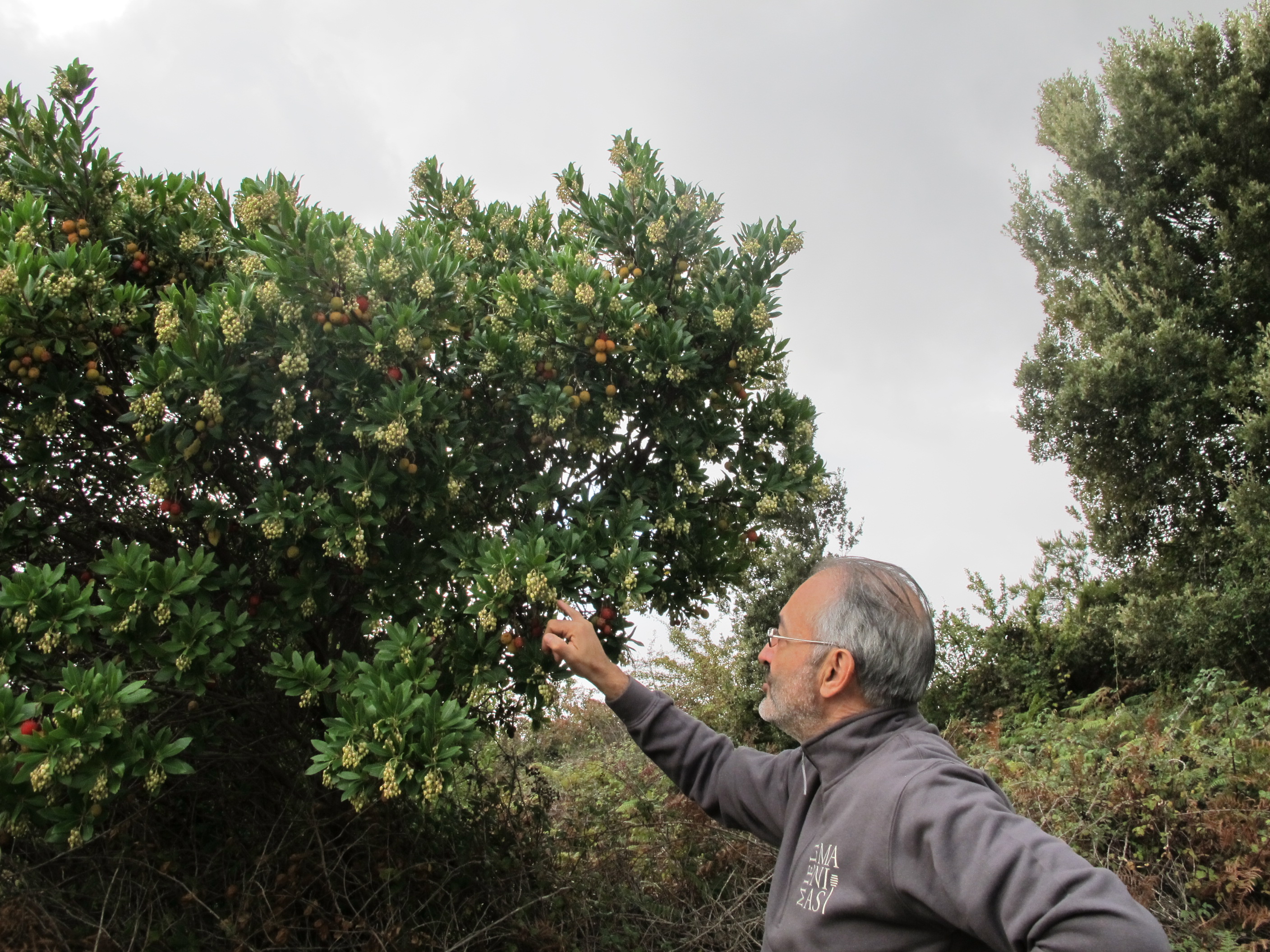 With its intense, herbal taste reminiscent of coffee, Corbezzolo Honey starts with sweet and round notes that quickly evolve into a marked bitterness and an elegant smoky finish.

We like to think about Corbezzolo Honey as the Barolo wine of honeys. It’s as remarkable on its own as it is when used to boost other flavors.

In braised meat or legume stews, it emulsifies the ingredients, achieving a soft mouthfeel.

It’s an ideal match for strong flavors:
Aged cheese, like vacche rosse or pecorino,
Grilled bitter greens, such as radicchio or chicories.

Half a teaspoon in your cup of espresso enhances the bitter aromas of the coffee, smoothing the overall taste.
One teaspoon in your hot chocolate exalts the harmony between bitterness and sweetness.

Our winter butternut squash caponata recipe, where the bitter Corbezzolo Honey spices up the sweetness of the squash and raisins.

The thick and thin of spaghetti. New product!